RoverC-Pro is a programmable Mecanum wheel omnidirectional mobile robot base. Compatible with M5StickC/M5StickC PLUS, it can be initialised by just inserting M5StickC/M5StickC PLUS. The main control chip is STM32F030C6T6, and it incorporates four N20 worm gear motors to drive the wheels directly by the motor driver.

The PRO version provides a gripping mechanism controlled by a servo for gripping objects. The base provides two dedicated servo control drivers. In addition, it also provides two Grove-compatible I2C connectors to facilitate the expansion of other modules. The base is compatible with Lego and can be expanded structurally. There is an 16340 (700mAh) battery on the back, from which the battery can be replaced. It can be recharged through M5StickC/M5StickC PLUS. The power of the base is controlled by an independent switch. 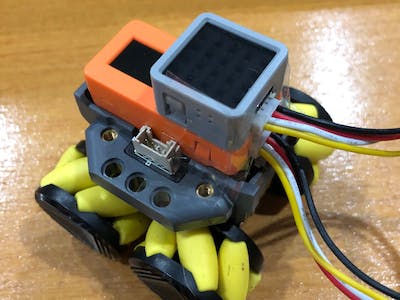 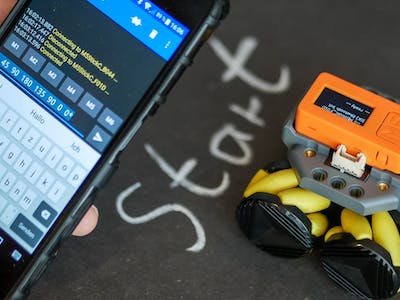 Bluetooth programmable mecanum wheel robot Use Bluetooth serial to program omnidirectional movement sequences. Make a game out of it and try to guide the robot around obstacles.

I’ve never used mechanum wheels before and even after trying the examples I found guessing the values for the parameters to be less than ideal, there’s a lot of wheel spinning on most surfaces. Otherwise a great little robot, very well built, and the UIFlow software is intuitive to use.

Add a speed/distance sensor for navigation and travel measure